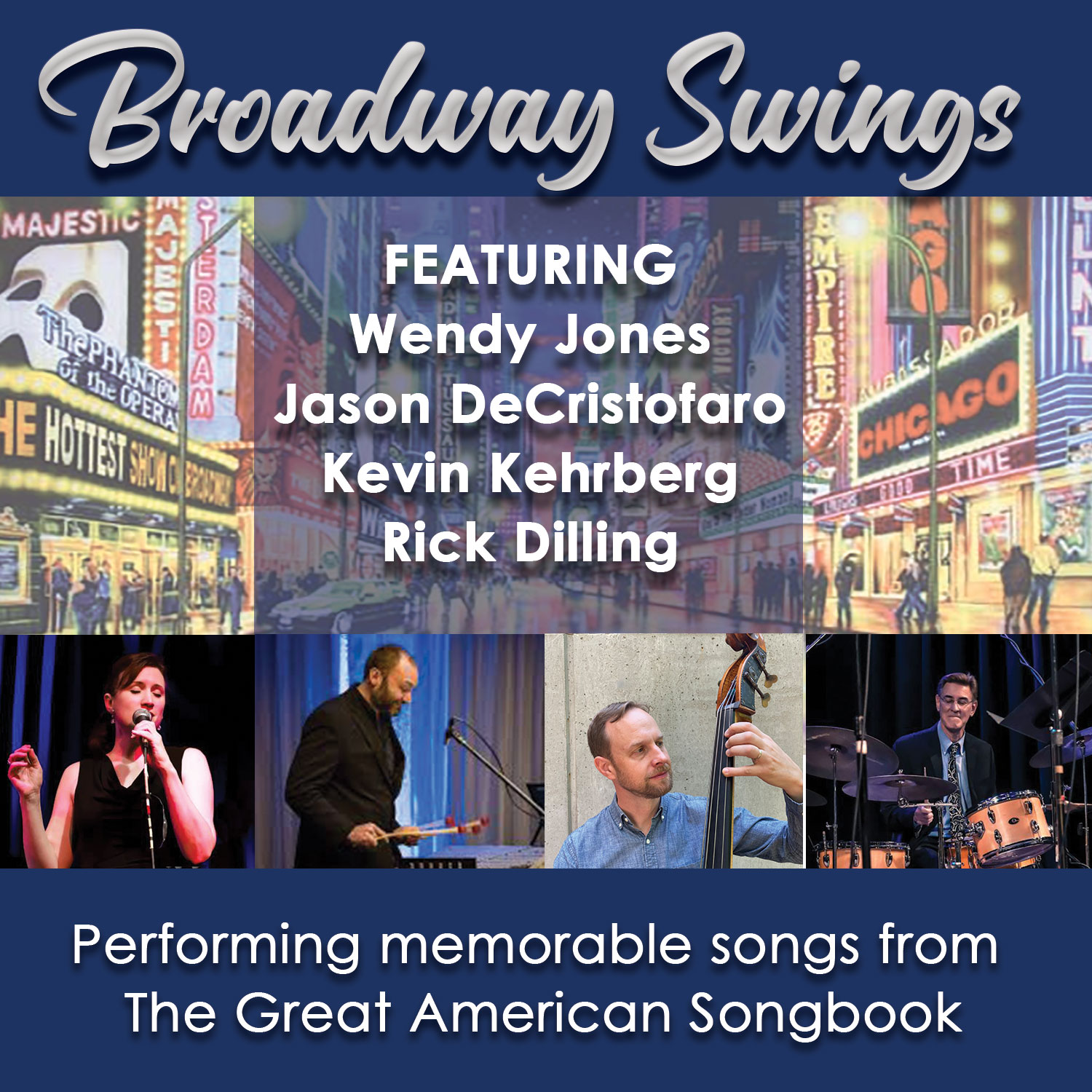 Returning to the stage after last year’s EVERYTHING IS ROSIE, Wendy Jones will team with the Jason DeCristofaro Trio featuring Jason DeCristofaro (vibes), Kevin Kehrberg (bass), and Rick Dilling (drums). Together they will perform memorable songs from The Great American Songbook – an enduring canon of the most important and influential American popular songs that began in the early 20th century. These beloved songs also became jazz standards and the group will perform these standards in a jazz style while providing a bit of history and trivia about the songs and musicals from which the tunes originated. The audience can expect to hear lovely renditions of tunes such as Come Rain or Come Shine, Hello Young Lovers, All the Things You Are, and music more including songs by Irving Berlin, the Gershwins, and even Stephen Sondheim. Who could ask for anything more?