What is there to see and do in Hendersonville? Just about everything you can imagine! You will find craft beverages, apple orchards, craft beverages, amazing views, a place to unwind, and plenty of fun activities to fill your day. Check out below to get an in-depth picture of some of the area’s most noted and loved attractions. 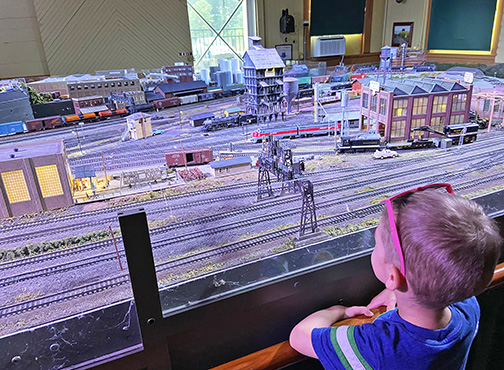 The first steam engine puffed up the Saluda Grade to the Hendersonville Depot in 1879. The steam engine needed a “help engine” attached to the rear of the train at Melrose, NC for additional power to push the train up the Saluda Mountain Grade, the steepest mainline standard gauge railroad in the United States. The “Carolina Special” passenger train ran between Charleston, South Carolina, and Cincinnati, Ohio from 1911 until 1968, when the dangerous route, which often saw crashes and runaway trains, was retired.

The restored Train Depot building now houses a HO scale railroad layout that is highly detailed and replicates Hendersonville, Saluda, Asheville, and other Western North Carolina towns. This is a must-see for any train or model train fan! The Deport features historical artifacts, as well as a special children’s exhibit where anyone can operate a Thomas the Tank Engine train in a scenic layout. Outside, see the 10ft x 80ft Garden “G” scale layout and a Southern Railway Caboose. Open year-round, Wednesdays & Saturdays. Admission is free, donations appreciated. 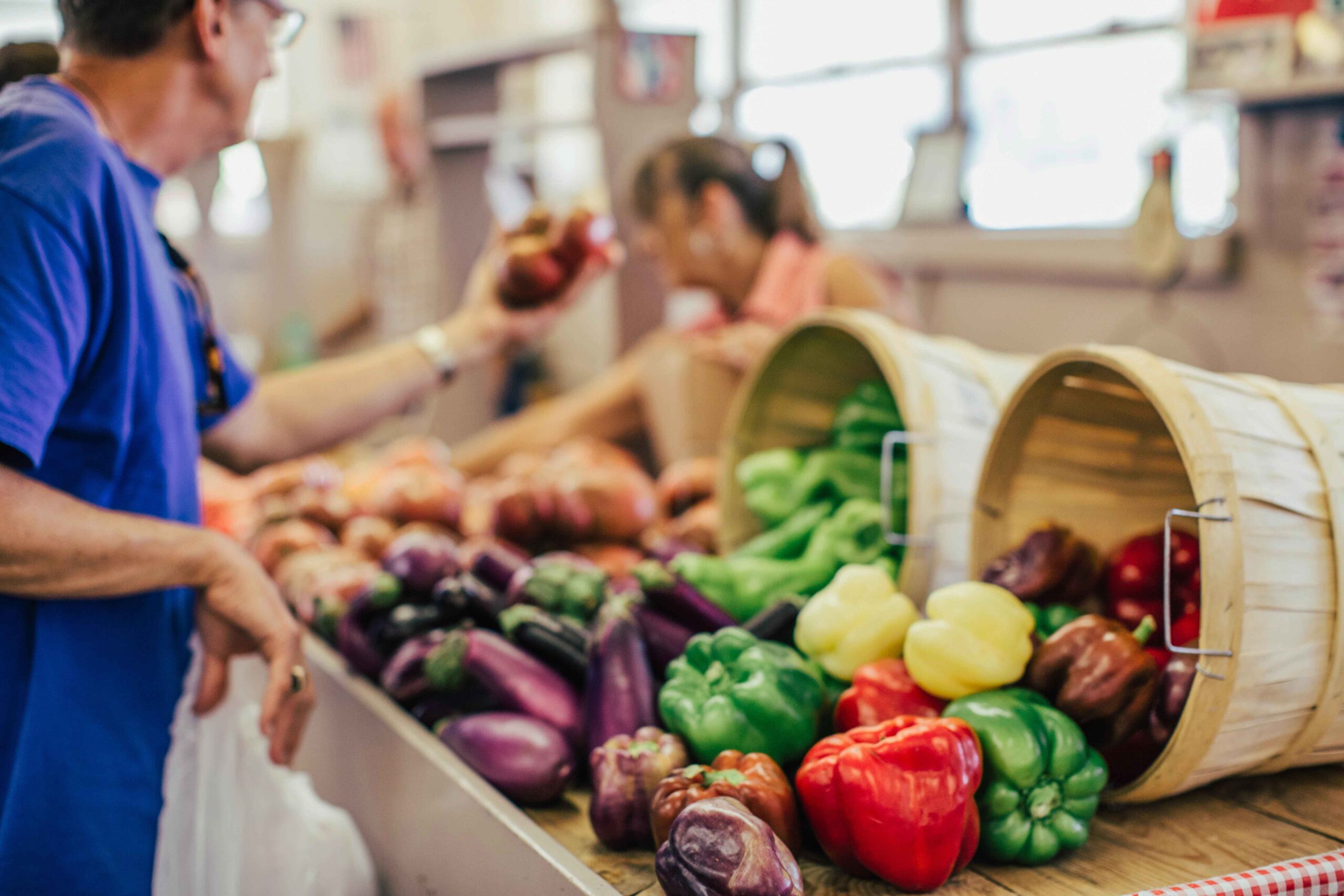 The Henderson County Curb Market is a unique farmers market requiring sellers to be residents of Henderson County. All items sold at the market must be either hand-made or locally grown. The vendors offer a variety of goods such as crafts, baked goods, jellies, plants, flowers, toys, and produce. The market has been in continuous operation since 1924. Open Tuesday, Thursday, and Saturday from April – December, Saturday & Sunday from January – March.  The Curb Market is located on the corner of 2nd Avenue and Church Street. 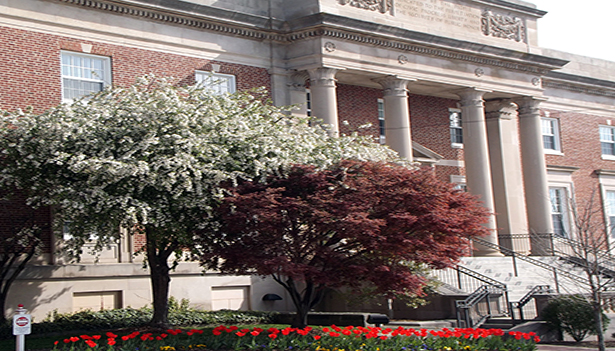 Hendersonville City Hall was built in 1928, and contains many artifacts and historic items, including large statues of of the three Presidents from North Carolina, General Andrew Jackson, James Knox Polk and Andrew Johnson. The statue is actually the ceramic model used for making the molds to cast the bronze statue on display at Capital Square in Raleigh, NC. City Hall was designed by well-known North Carolina architect Erle G. Stilwell. 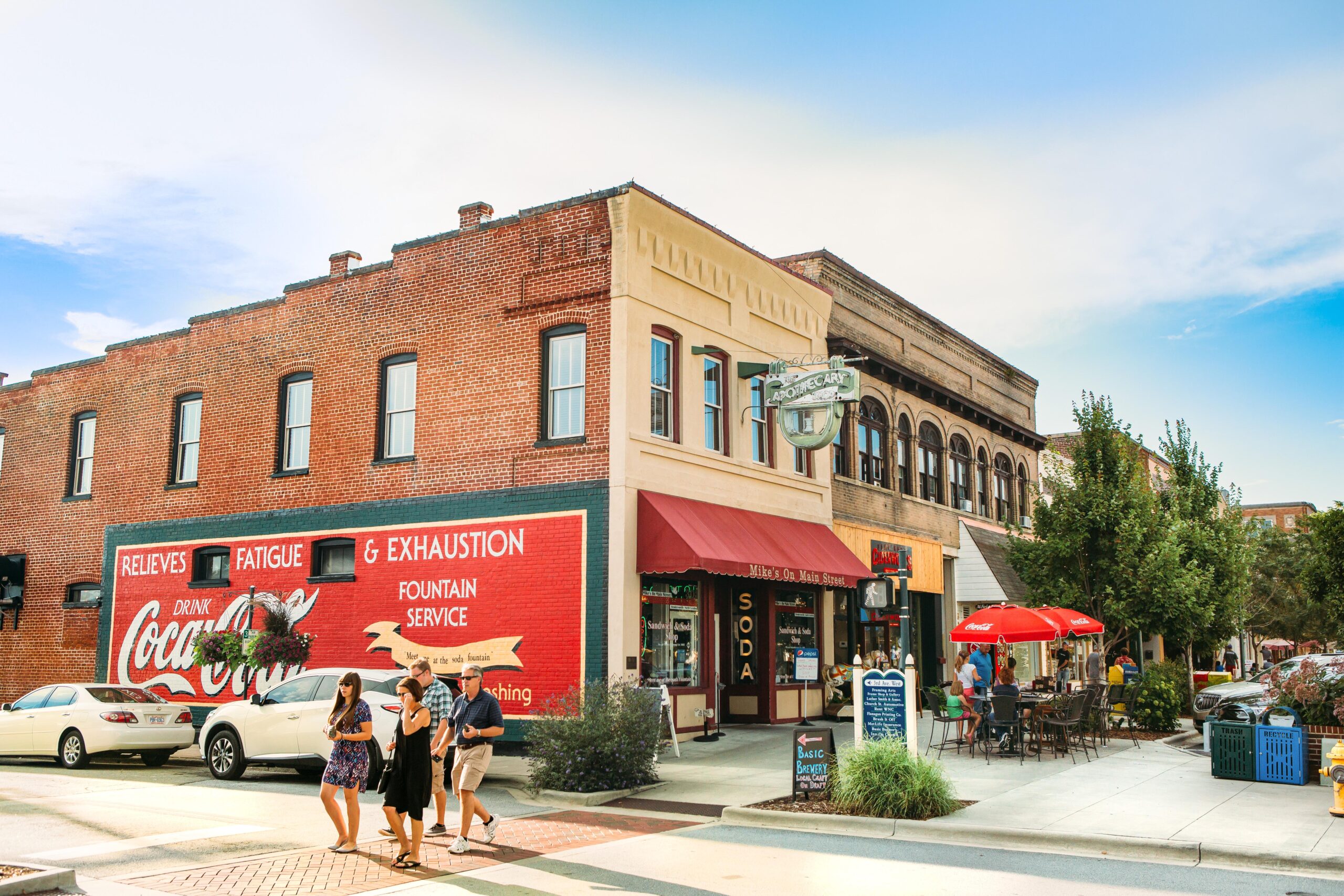 Historic Downtown Hendersonville was entered into the National Register of Historic Places in March of 1988. The serpentine street features planter boxes brimming with, benches, seasonal flowers, and trees. Downtown boasts a wide array of shopping, specialty stores, galleries, museums, an aquarium, and a variety of restaurants.

Downtown hosts many activities including the NC Apple Festival held during Labor Day weekend, as well as art shows, an antique show, car shows and parades throughout the year. The annual Bearfootin’ Public Art walk features fiberglass bears painted in different themes, located on the sidewalks of Main Street from May through October. 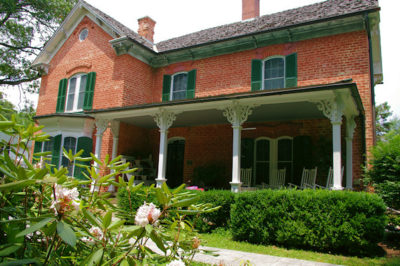 Johnson Farm is a fine example of a late 19th and early 20th-century farm & tourist retreat. The entire structure was handmade from bricks that were fired on-site from the French Broad River mud. The Johnson Farm was the home of a wealthy tobacco farmer, Oliver Moss. Construction of the elegant home, smokehouse and granary began in 1876 and was completed in 1880. Over the years many outbuildings were constructed, including a tool shed/blacksmith shop, barn, boarding house and a cottage.

In 1987 the Johnson brothers willed their farm and personal possessions to the Henderson County Board of Public Education. It was Vernon and Leander’s wish that the property became a hands-on museum, a lasting example of a typical mountain farm through which students could explore their heritage. The farm was listed on the National Register of Historic Places in 1987.

The Heritage Weavers and Fiber Artists have transformed the boarding house into a fiber arts center, which includes weaving, rug hooking, bobbin lace, spinning, or knitting.

Admission is charged for tours, the grounds are free to visit. 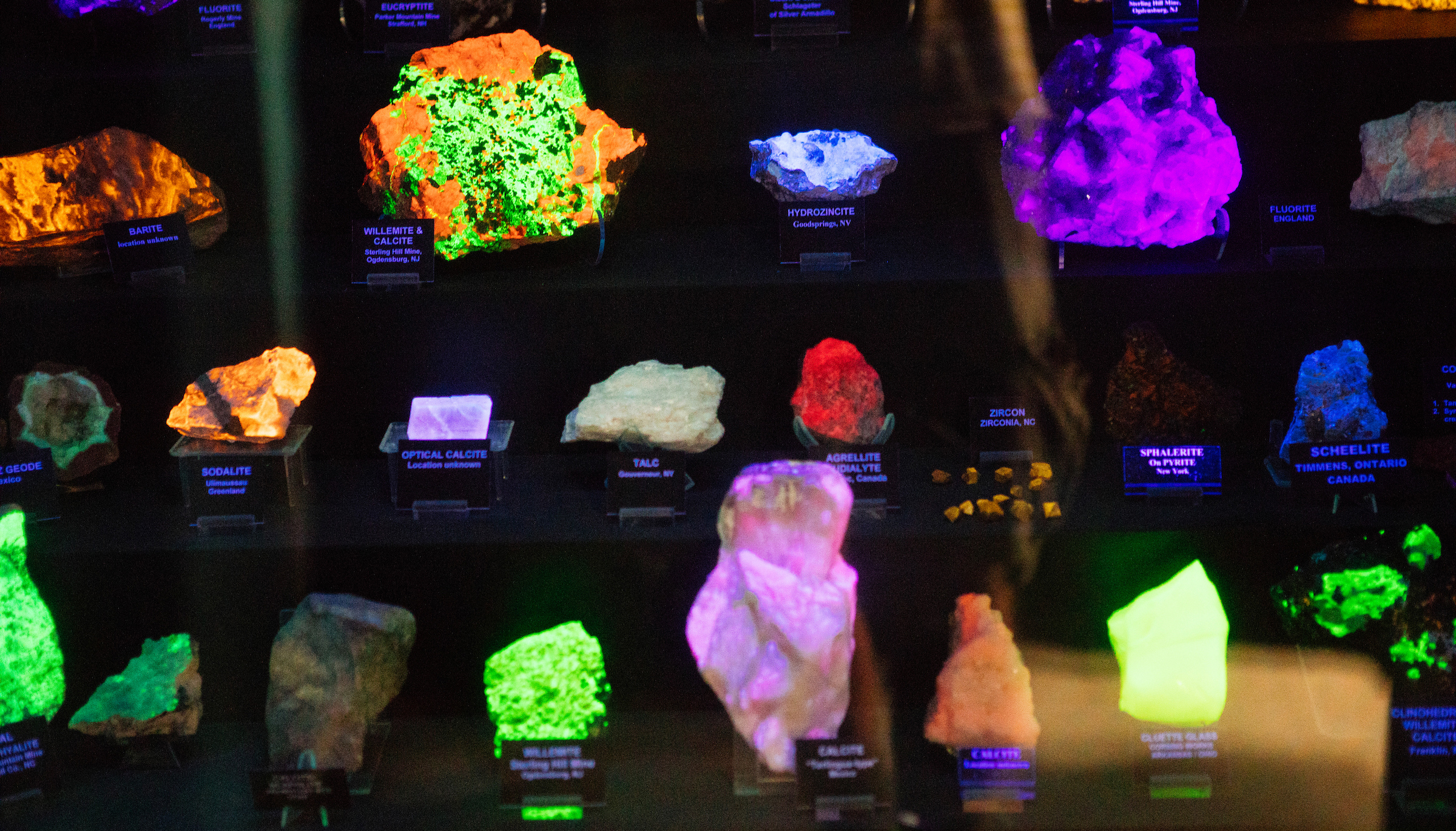 The Mineral & Lapidary Museum of Henderson County was established in 1997, housing exhibits from North Carolina, minerals, Indian artifacts, a dinosaur egg nest, fossils, fluorescent minerals, gems, and faceted minerals. The Museum’s specialty is Geodes, which are sold, cracked and/or displayed, plus a large skeletal replica of a T-Rex Dinosaur Head. Open Monday – Saturday. Admission is free. The museum is located at 400 North Main Street, on the lower level of the Henderson County Genealogical & Historical Society building. 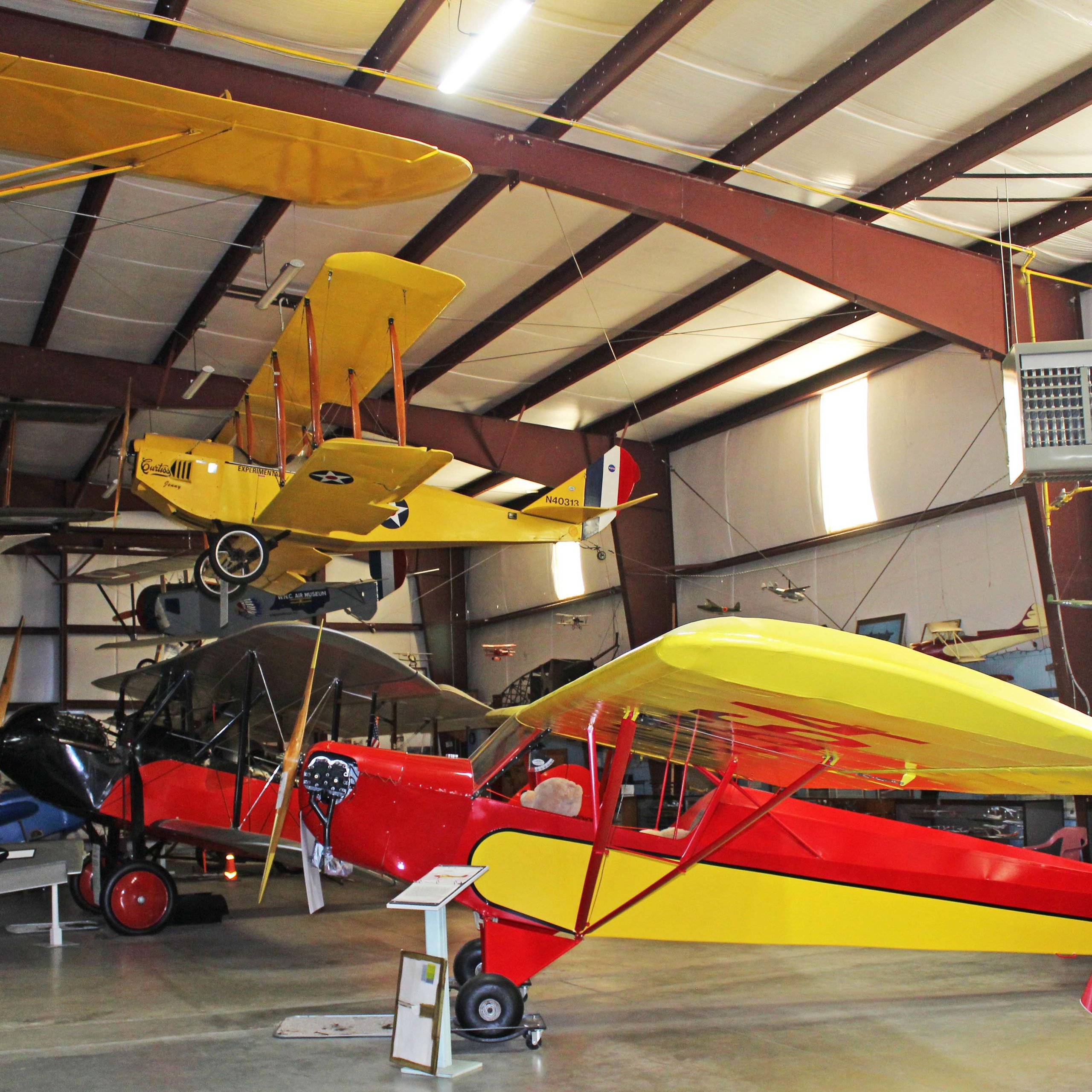 The Western North Carolina Air Museum is the first air museum in the state of North Carolina known as the “first in flight” state. The museum features award-winning restored and replica antique and vintage airplanes. Open year-round on Wednesday, Saturday and Sunday. No admission charge. The museum is located adjacent to the Hendersonville Airport.

Author Thomas Wolfe’s first novel was “Look Homeward, Angel.” In the book, which was considered highly autobiographical, there are frequent references to an angel statue carved from Italian marble, holding a lily in her left hand and extending her right hand upward. The main character’s father (as well as Wolfe’s own father) owned a tombstone & monument shop where the angel statue stood. Many replicas were made, but the exact angel statue from the famous novel (as well as Wolfe’s own childhood) made its way to Hendersonville’s own Oakdale Cemetery when Thomas Wolfe’s father, W.O. Wolfe, sold the statue to the Johnson family to mark their family plot. It remains there today.

Oakdale Cemetery is located on Hwy. 64 W., just a short distance from downtown. The statue is protected by a wrought iron fence, and there is a historical marker located on the highway. 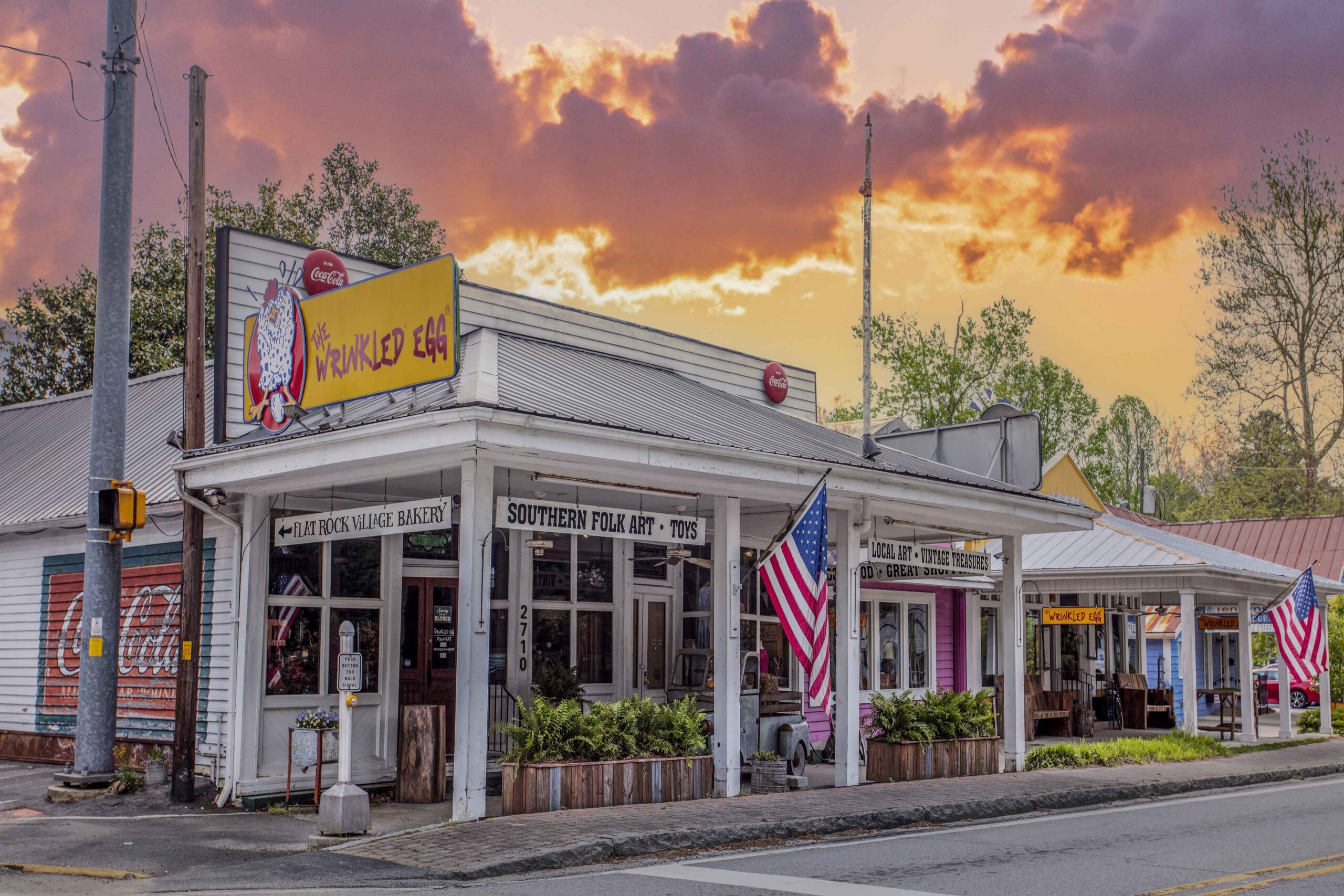 The community of Flat Rock began about a century and three quarters ago.  Throughout Flat Rock the affluent Charlestonians, Europeans, and prominent plantation owners of the South’s low country built large summer estates in the English manner. The families of South Carolina’s Low Country came to Flat Rock to escape the sweltering heat and the epidemic of yellow fever and malaria. South Carolina’s Low Country gentry affectionately called Flat Rock “The Little Charleston of the Mountains.”

The entire district of Flat Rock is included in the National Register of Historic Places.  Historic Flat Rock Incorporated is striving to preserve the feeling of the Old South. Historic Flat Rock is home to several attractions such as The Flat Rock Playhouse, State Theatre of NC; the Carl Sandburg Home, NHS; and St. John in the Wilderness Episcopal Church, as well as many unique specialty shops and enterprises.

Carl Sandburg, American poet, historian, author, and lecturer spent the final 22 years of his long and productive life at his estate, Connemara, in Flat Rock, NC. Today this National Historic Site offers keen insight on Mr. Sandburg, his family, and their 264-acre working farm.  The Sandburg Home was built in 1838 and now houses his collection of 10,000 books, notes and papers. There are numerous hiking trails and a functional goat barn where Mrs. Sandburg raised her prize-winning goats. Admission charged for the home tour, access to the grounds is free. Reservations required for tours. 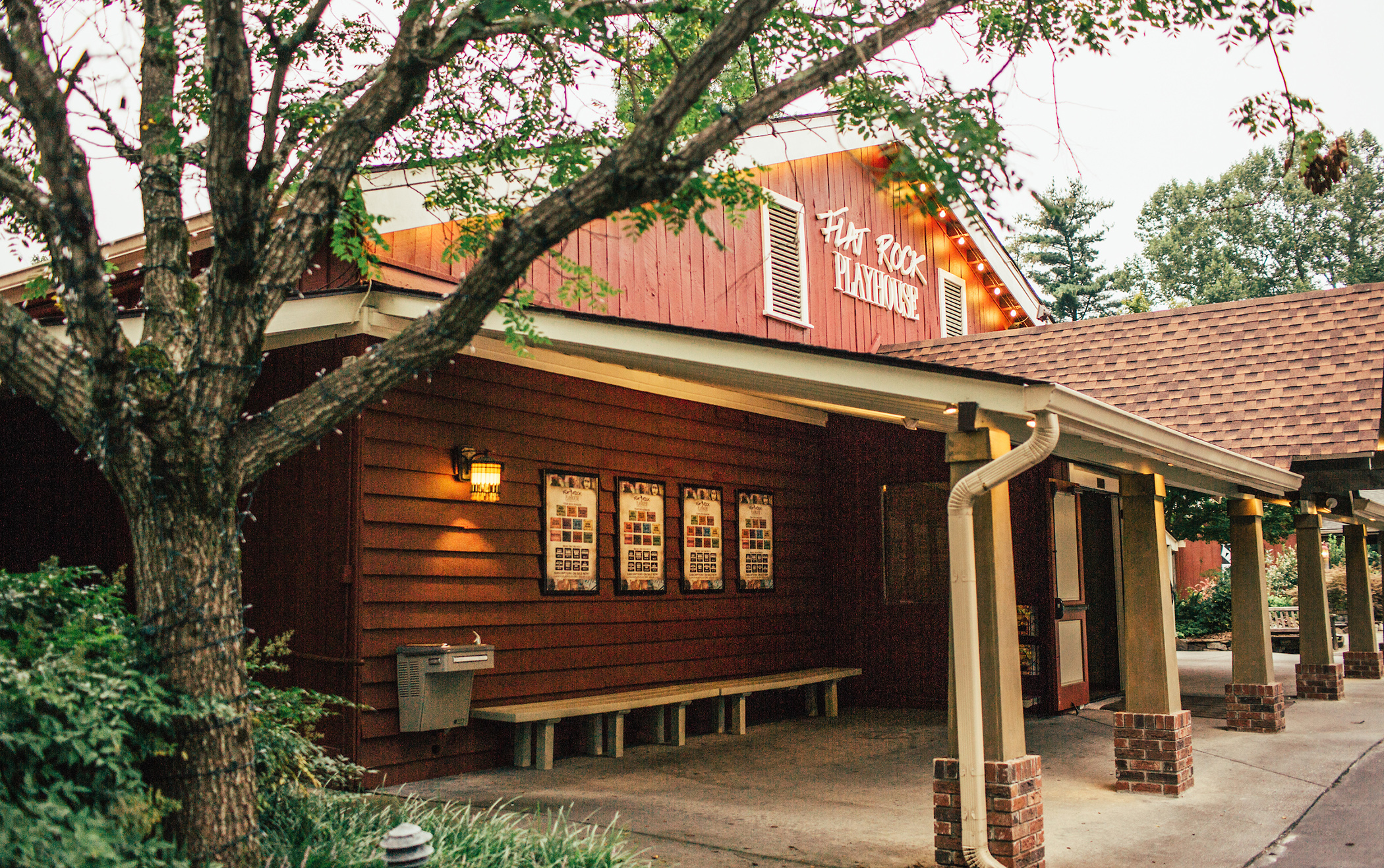 The Flat Rock Playhouse, the State Theatre of North Carolina -produces a variety of comedies, musicals, farces, and dramas, which range from World Premieres to the latest from Broadway and London to the Classics. The Flat Rock Playhouse has presented hundreds of productions for over sixty years.

The Playhouse is open from February through December, presenting matinees and evening performances Wednesday through Sunday.

St. John in the Wilderness Church 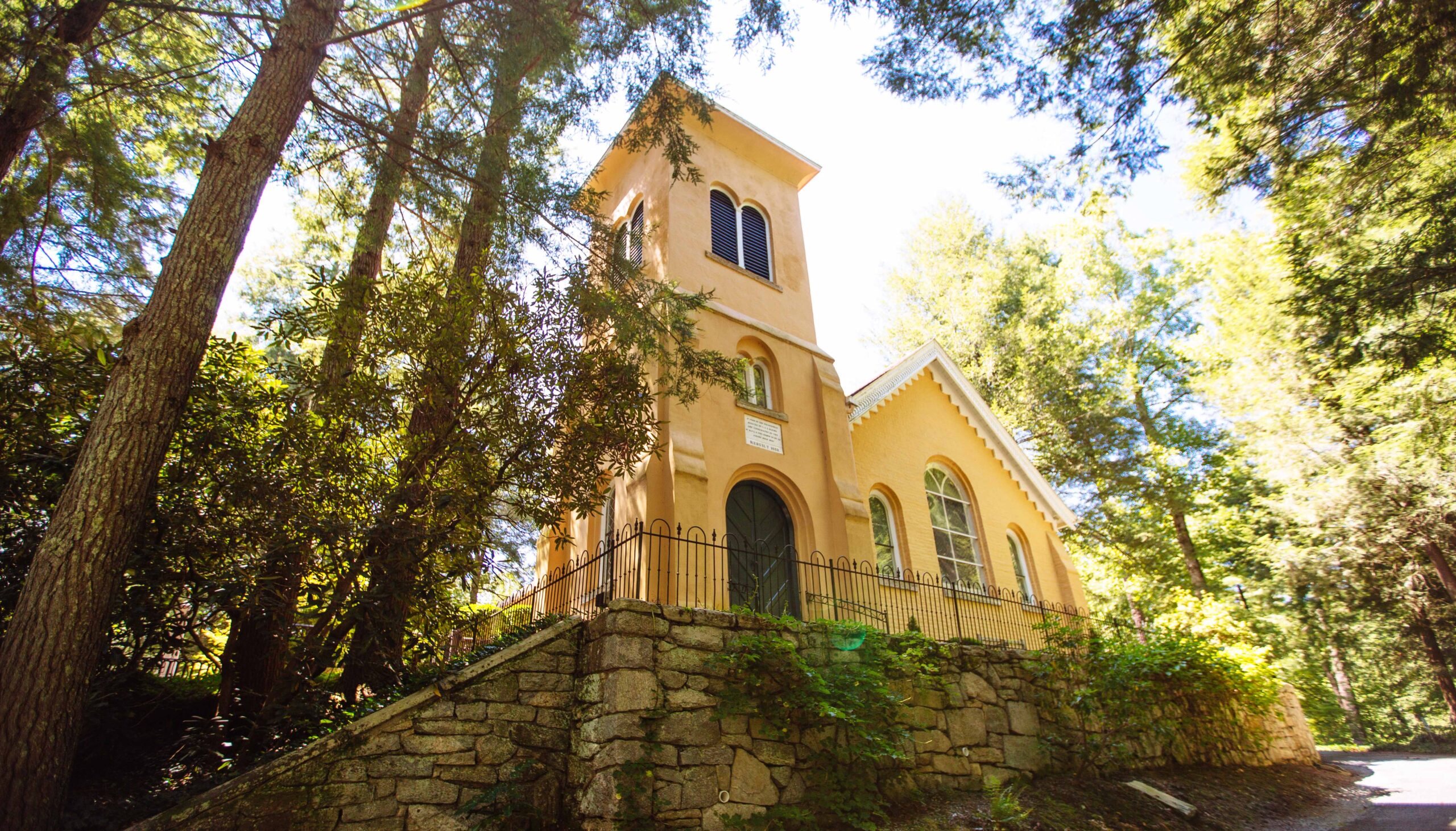 St. John in the Wilderness Episcopal Church, listed on the  National Register of Historic Sites, offers a unique perspective of prominent families in southern and national history.  St. John in the Wilderness was built as a private chapel in 1833, on the grounds of Charles and Susan Barings’ home, Mountain Lodge. The church was deeded to the Episcopal Diocese of Western North Carolina in 1936.

Many well-known members of southern aristocracy have family plots in the churchyard; those names include Christopher Memminger, first secretary of the Confederate treasury; Rev. John Drayton, developer of the world-famous Magnolia Gardens of Charleston; members of the families of three signers of the Declaration of Independence; Major General Edward P. King, Jr., of the United States Army who led the defense of the Bataan Peninsula in the Battle of Bataan against the Japanese invasion of the Philippines in World War II. The church and graveyard are open Tuesday – Sunday. 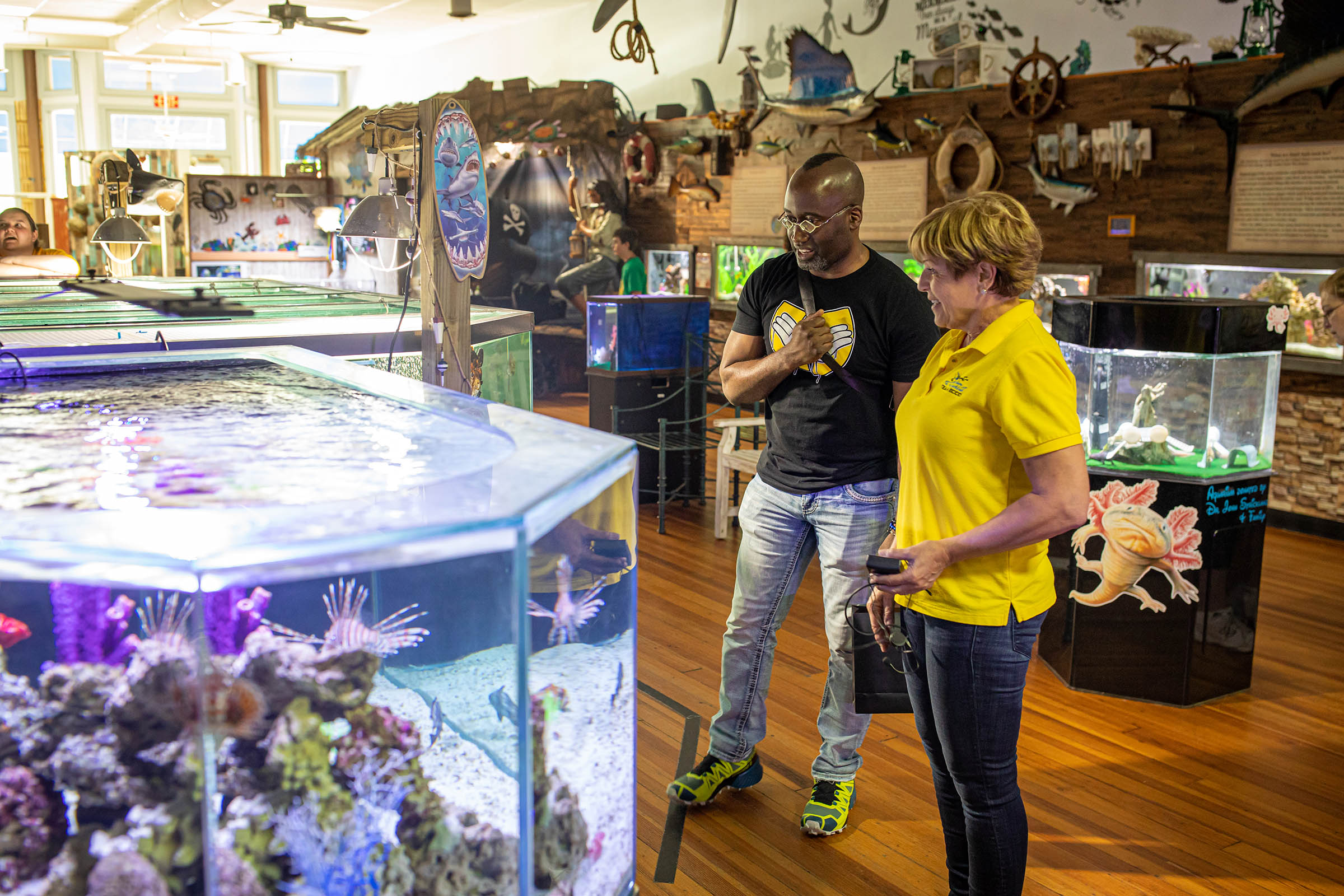 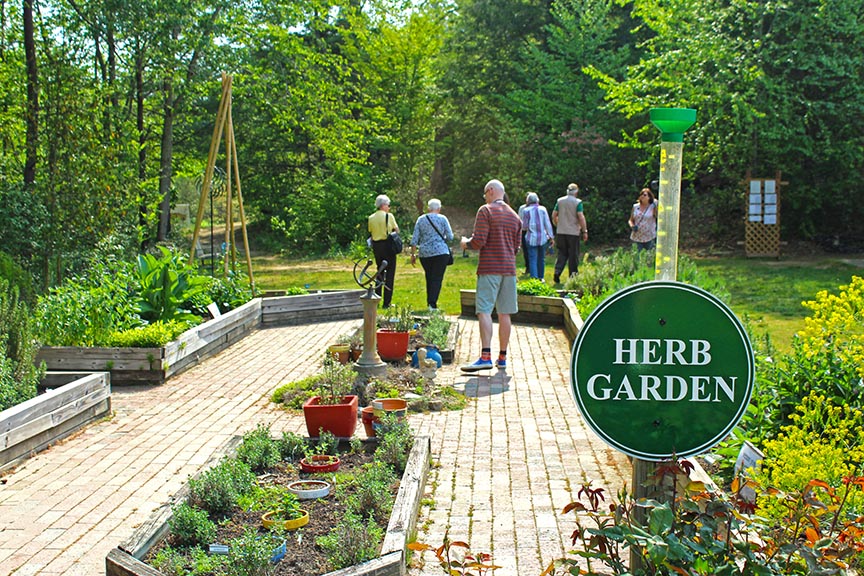 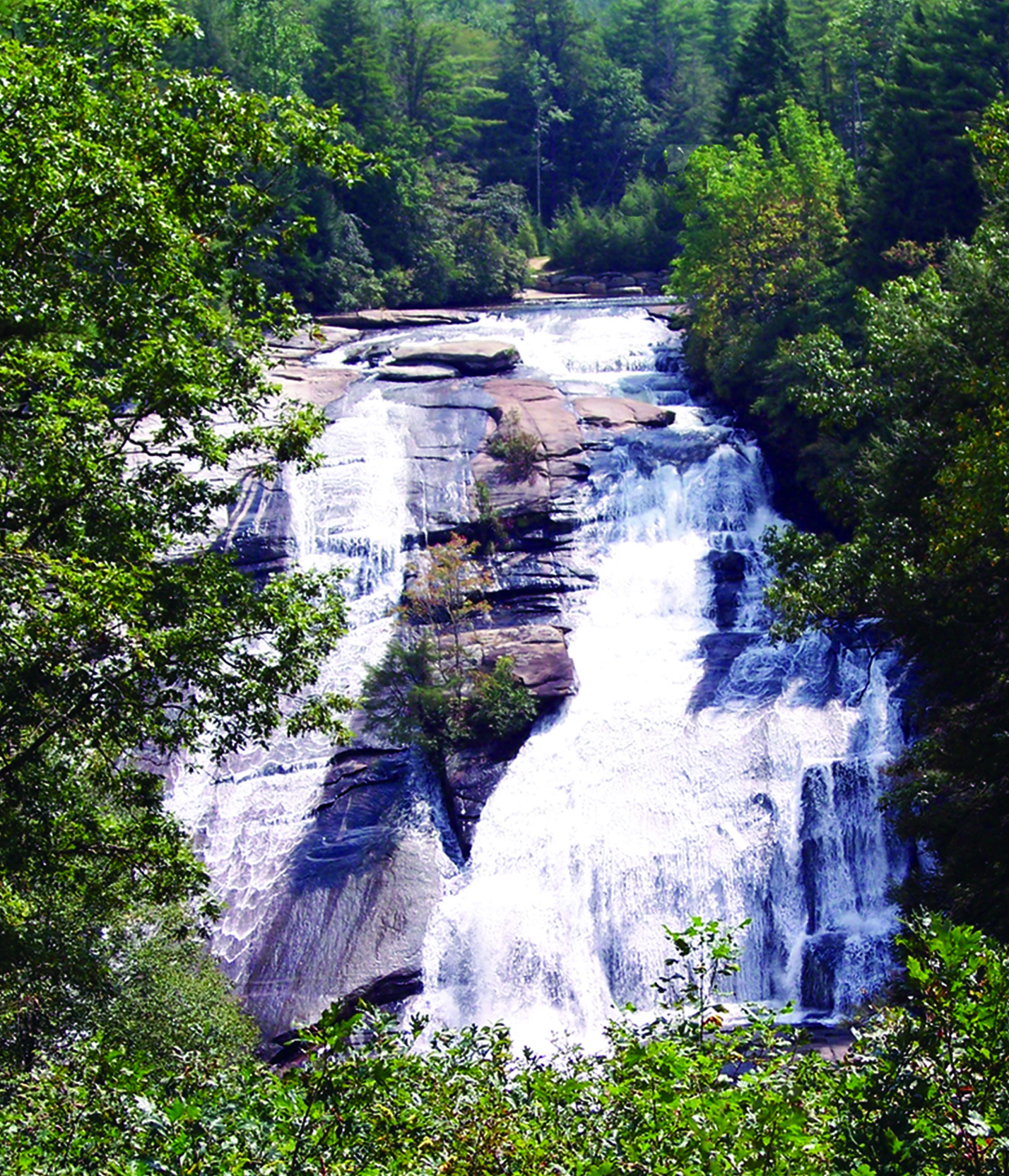 The land that makes up DuPont State Recreational Forest was purchased by the State of North Carolina after DuPont sold its industrial operation in 1996 and 1997; the surrounding landholdings became DuPont State Forest. The forest encompasses more than 10,000 acres in Henderson and Transylvania counties. It is situated in the Little River valley and includes waterfalls, and 80 miles of roads and trails, wandering through the mountainous terrain. It is open to the public for hiking, mountain biking and horseback riding. Fishing is allowed with a valid NC fishing license. Hunting is by special permit only, issued by NC Wildlife Resources Commission. The North Carolina Division of Forest Resources manages the forest.

Many scenes from the movie, The Hunger Games, were shot in Dupont State Recreational Forest. The original movie was filmed entirely in North Carolina. The Hunger Games trilogy, which includes Catching Fire and Mockingjay, is a young-adult adventure science fiction series written by Suzanne Collins. Learn about DuPont’s Hunger Games filming locations here. 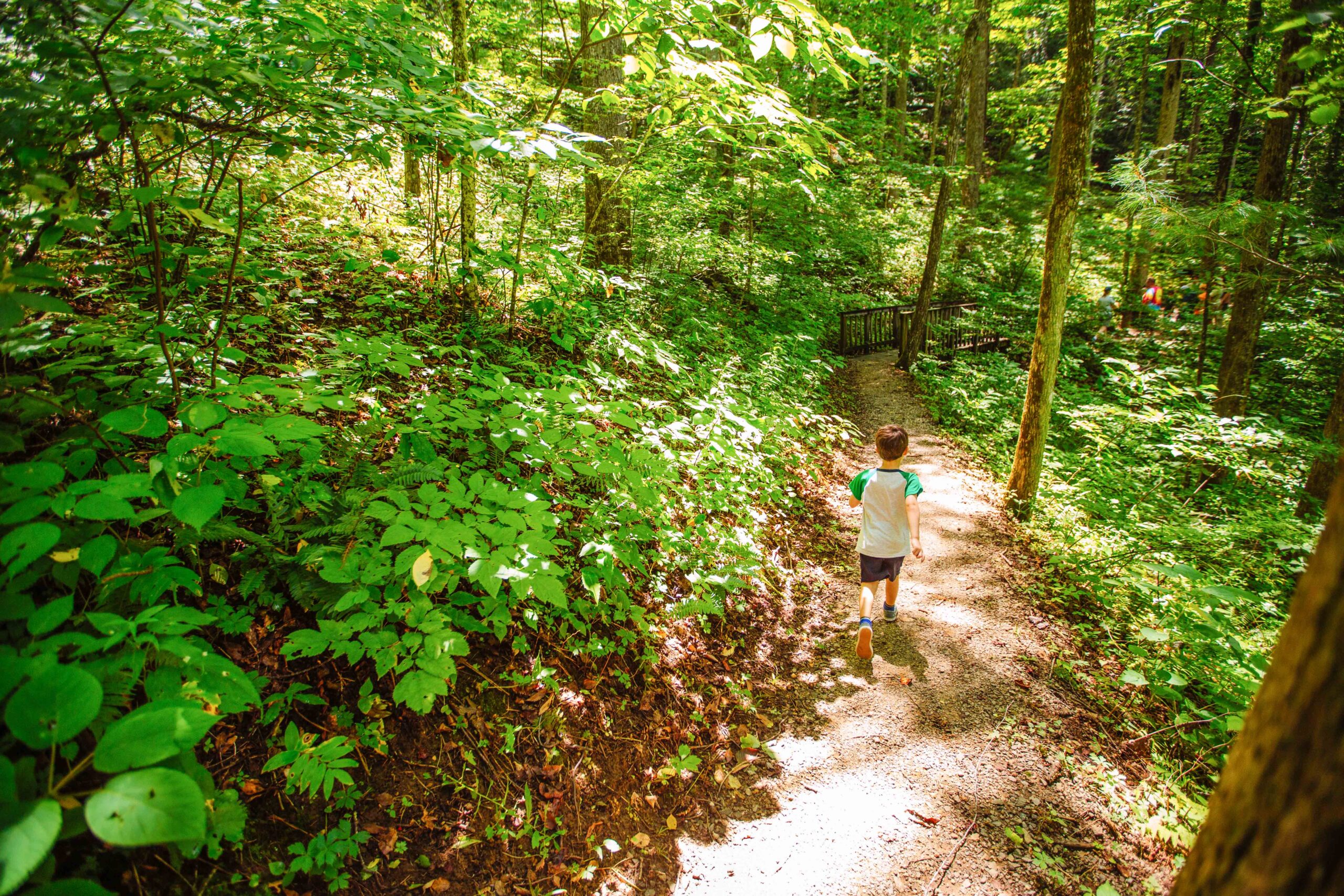 Holmes Educational State Forest offers a series of well-marked trails, accented by exhibits and displays depicting the ecology of a managed forest. Most trails are rated easy, but the Demonstration Trail is rated as strenuous. Picnic sites with tables and a spacious picnic shelter (with grills) are also available. Holmes Educational State Forest is located about 8 1/2 miles from downtown Hendersonville. The forest hours vary by season. Located at 1299 Crab Creek Road, Hendersonville, NC. 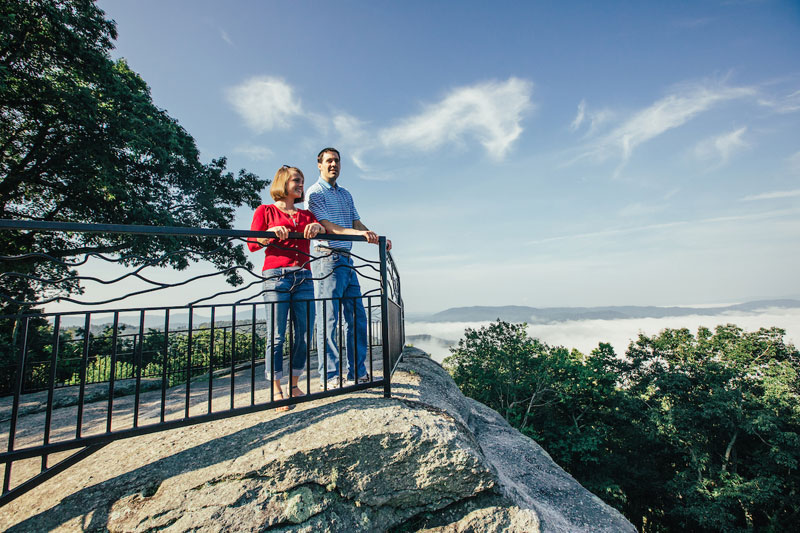 Jump Off Rock is a scenic overlook, which provides a panoramic view of rolling pastures, the Blue Ridge and Pisgah mountain ranges. There are three hiking trails, varying in length and difficulty.

Jump Off Rock also holds an Indian legend that has been passed down for many, many years. Over 300 years ago a young Cherokee Indian maiden received word that her young Indian Chief had been killed in battle, so she climbed to the edge of the rock and jumped off.  Indian legend has it that on moonlit nights you can see the ghost of the maiden on Jump Off Rock. Jump Off is located about 5 miles from downtown at the end of Laurel Park Hwy.  The park is open daily, sunrise to sunset. No admission charge. 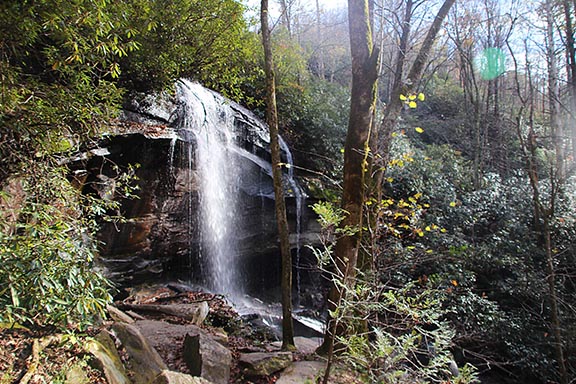 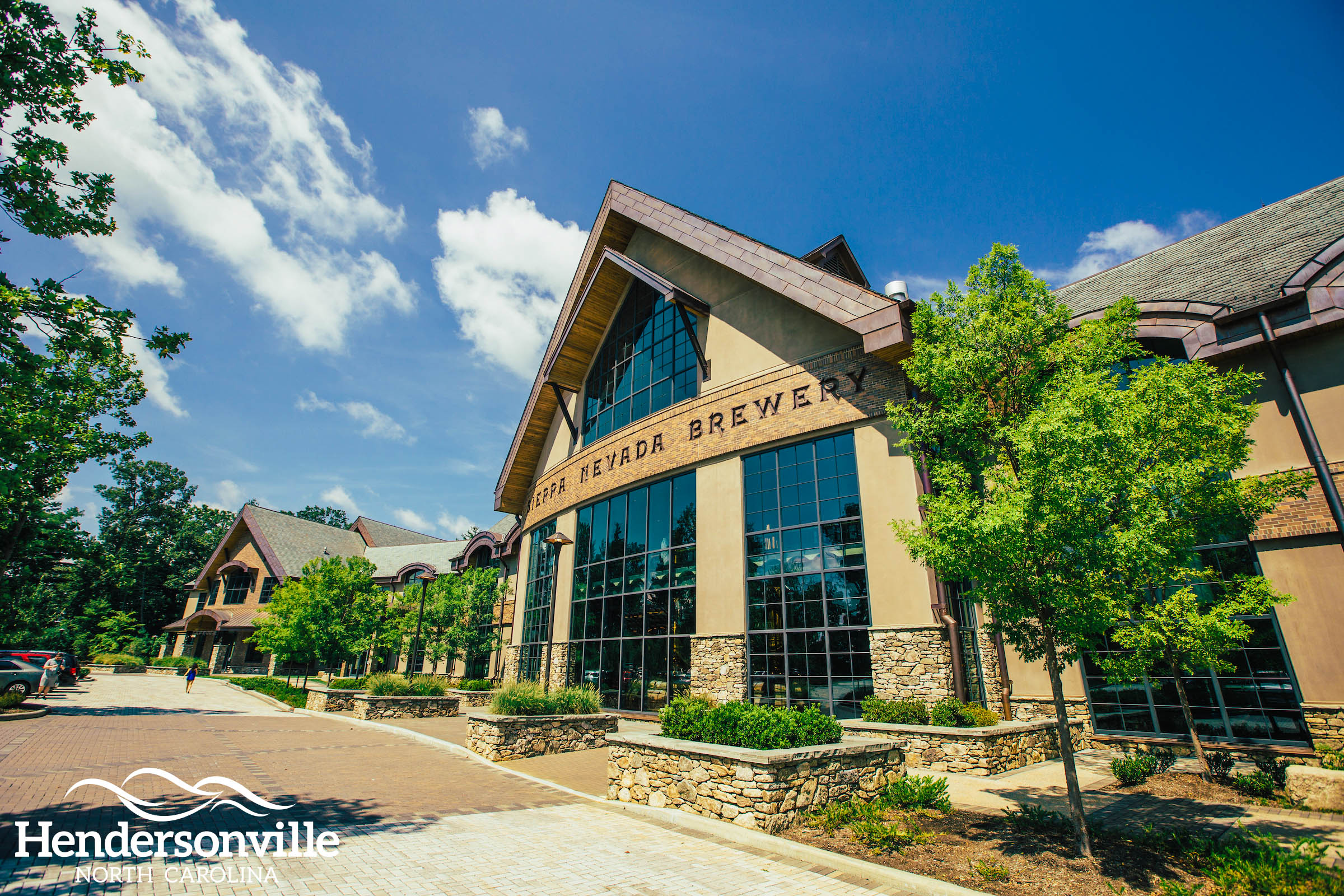